Inside : 17 Of The Most Delightful Peony Poems.

It is common knowledge that while flowers in and of themselves are inherently beautiful and full of life, there is something significant about the peony, something different. Whatever it is that sets them apart from other forms of foliage is something that resonates deeply with artists.

Poets, painters, photographers, and others all seem to be very drawn to the peony as a muse. 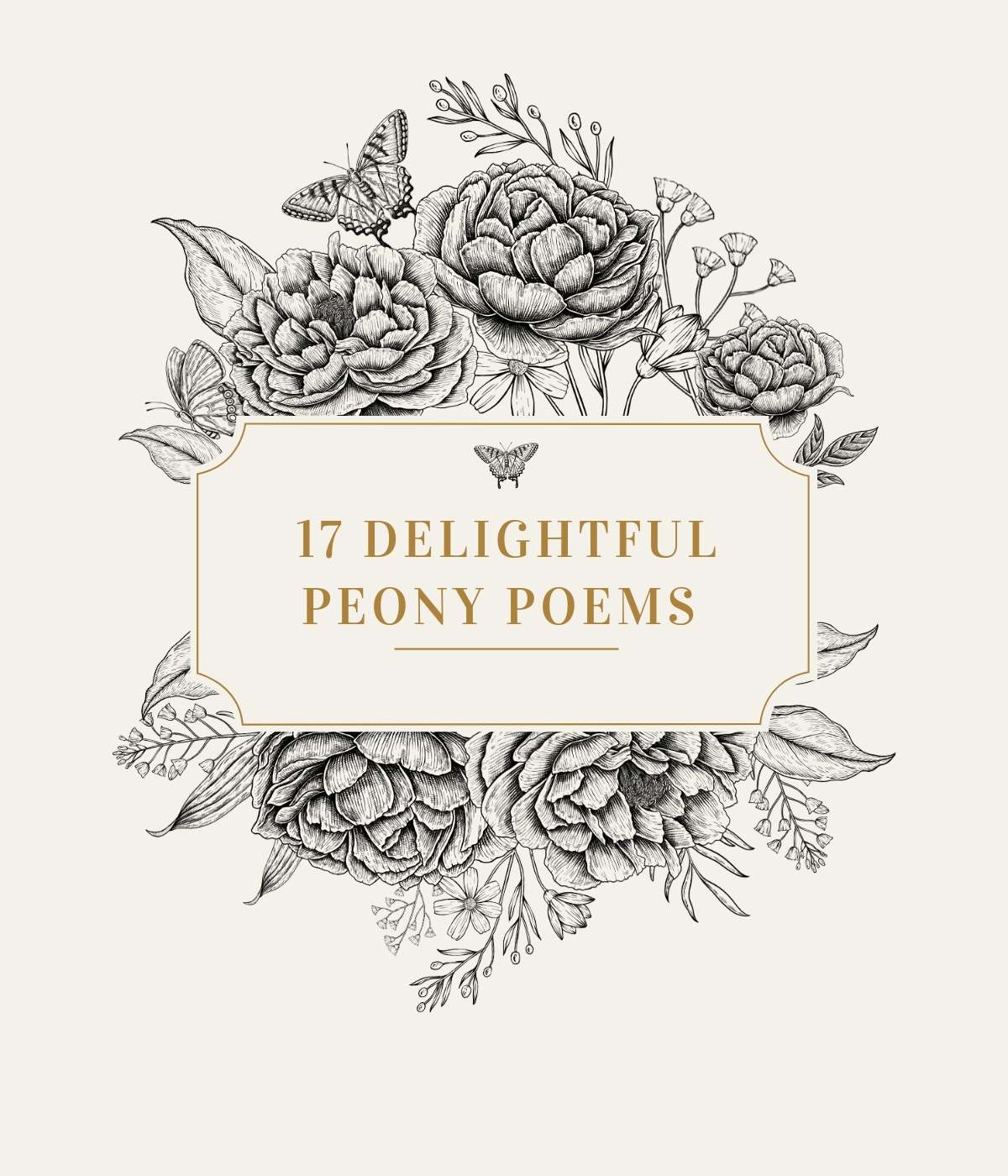 Peonies are a figure of power and abundance in some cultures, as well as being used as a metaphor for women’s beauty and their overall allure. In other cultures, peonies represent new life, since they are blossoming from underground. They represent a new beginning, the springtime, the perseverance of continuing to bloom and be beautiful despite being underground for so long.

With the peony flower, we are able to see the beauty of nature for what it really is. Here are some of our favorite poems using the flower as a muse.

In Chinese culture, peonies have always been objects of fascination, Chinese poets constantly attempt to capture the beauty of them with words. Known as “King of Flowers” due to their big, voluptuous petals, which is believed to symbolize prosperity and happiness. Let’s take a look at some beautiful peony poems that stem from Chinese heritage.

Japanese Poems About The Peony Flower

Similarly to Chinese culture, peonies are known as the “King of Flowers.” However, in Japanese culture, it is because they represent good fortune, honour, and bravery. Although, many poems by Japanese poets are not using the peony as a symbol for anything, and rather simply discuss the beauty of the flower itself.

The Peony Flower In English Poetry 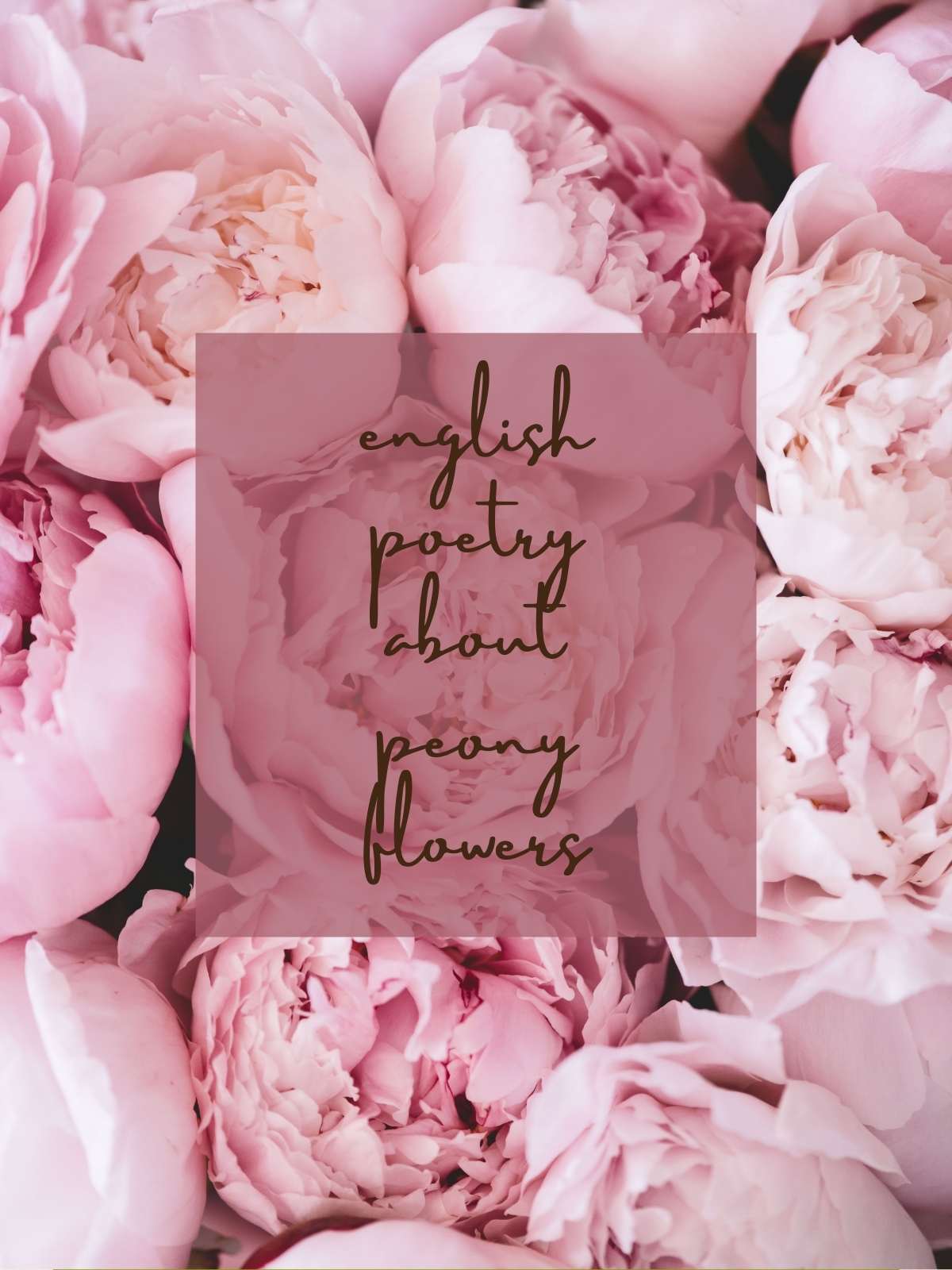 Unlike the Chinese and Japanese cultures, English culture does not hold peonies to the same regard and symbolism. In Western poetry, peonies are used to represent the springtime, a new, fresh start, and tend to concentrate on their short-lived beauty and the infatuation that comes from it. 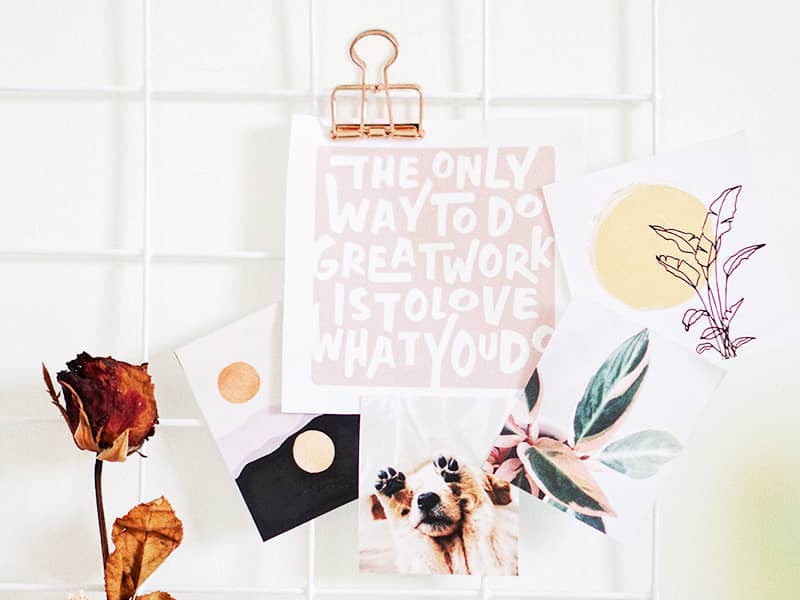 Pretty Poems, because words should be as meaningful & fun as they are beautiful.
Explore my favorite poems