Inside : Unique poems about the moon and stars, including poems about stars and love and sun and moon poems

Do you ever feel a sort of comforting wonder when looking up at the night sky? We often ponder over the celestial objects above us, these stunning aspects of nature that are so far out of reach. Scientists study astronomy to learn more about the universe and Earth, but the majority of the population seeks nothing more than simple amazement when we arch our necks back to see the mysterious sparkling elements at night.

Ancient astrologers and astronomers created calendars and clocks through their studies of the sky, creating the building blocks for modern society. In medieval times, witchery became popular, wherein the movements of the godlike objects above us were deemed answers to spiritual questions, or predictions for the future.

Today, many people make major decisions based on the knowledge gleaned about their zodiac signs, and no one second-guesses the luck that comes from wishing on a shooting star.

As such, poetry about the moon and stars has been incredibly popular in literature and pop culture. As emotional beings, we have historically attached ourselves to these celestial objects, assigning them roles in our lives regarding luck, love, and fate.

Thanks to mass interest in astrology, poems about stars and love are very common, as are sun and moon poems. 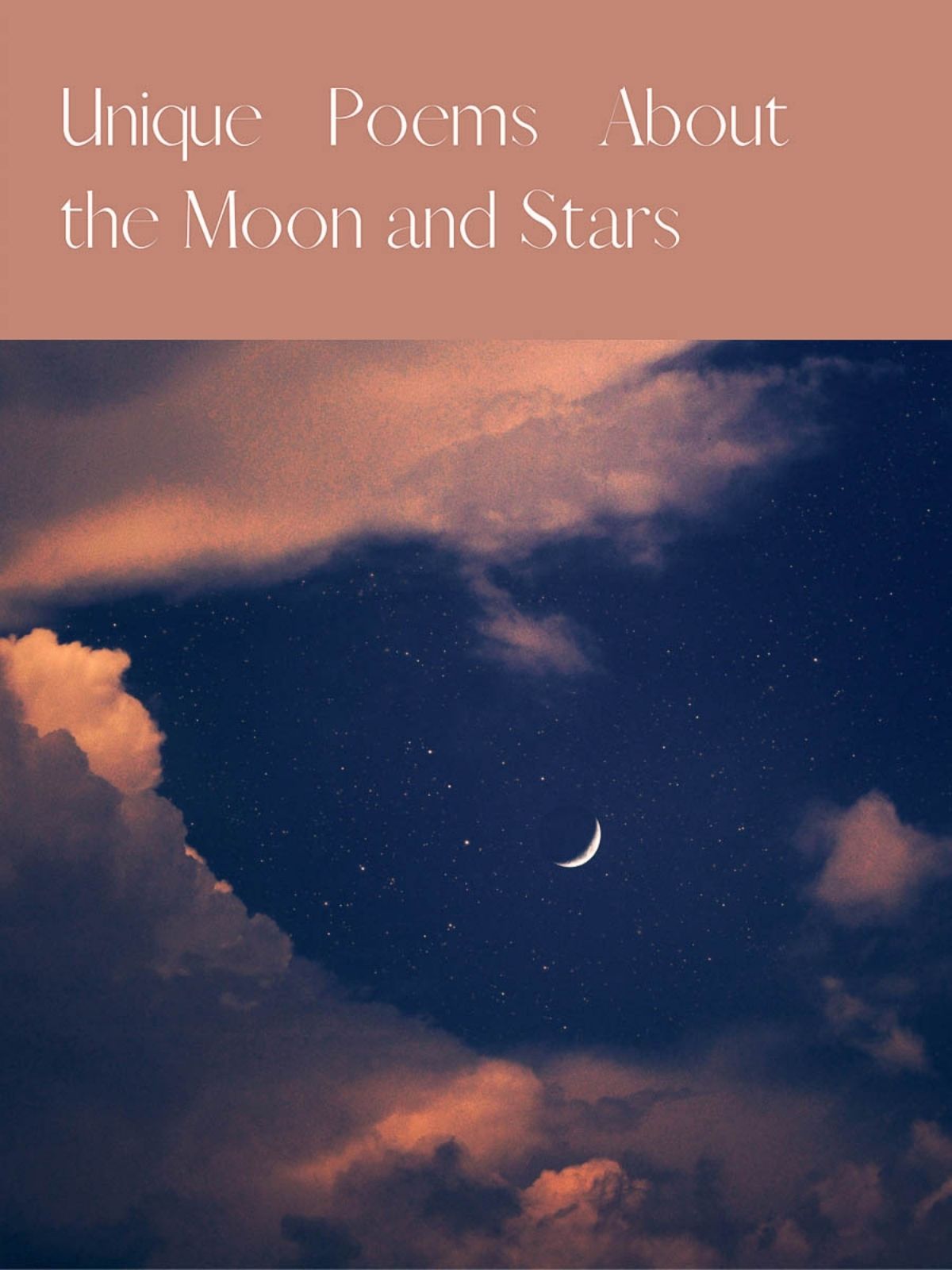 Poems About the Moon and Stars

Poems about the moon are plentiful. For some individuals, this glowing orb is an ominous sign, and for others, it is a source of good luck. The ever-changing phases of this familiar space rock contribute to our fascination with it, as seen in these poems about the moon and stars.

1. To Wolf Moon The lunar crescent in its full phase has historically been a major part of fairy tales and folklore, with the image of a howling wolf the well-known companion to the bright, round orb in the night. In this piece, the speaker embodies a wolf who is longing for the full orb to rise in a desperate yet confused plea for familiarity.

2. Still I Rise This excerpt from Maya Angelou’s famous piece likens the completely unwavering certainty of the patterns of nature to that of the speaker’s strength and capability.

3. Plight Here, the author likens the impossibly faraway elements of the universe to his unreachable loved one.

4. 93 Percent Stardust A sweet, simple reminder that, though they seem impossibly far, we are made from the same forces and the same materials that the elements in the universe are made from.

5. Our Galaxy This work about the moon and stars portrays a common theme, wherein we imagine that our own individual lives are just as vast and complex as whole galaxies are.

6. The Moon The chilling final line of this piece is both comforting and unnerving at once; a reminder that the objects in the sky are always there, even when we cannot see them.

7. There Was a Reason Many people find solace in things like the night sky due to their comforting predictability.

8. A Moment in Existence This unique work explores the idea that the extraterrestrial elements have existed for longer than we can even comprehend, emphasizing the incredible brevity of our own human lives.

Much, do they?”  —Virginia Woolf 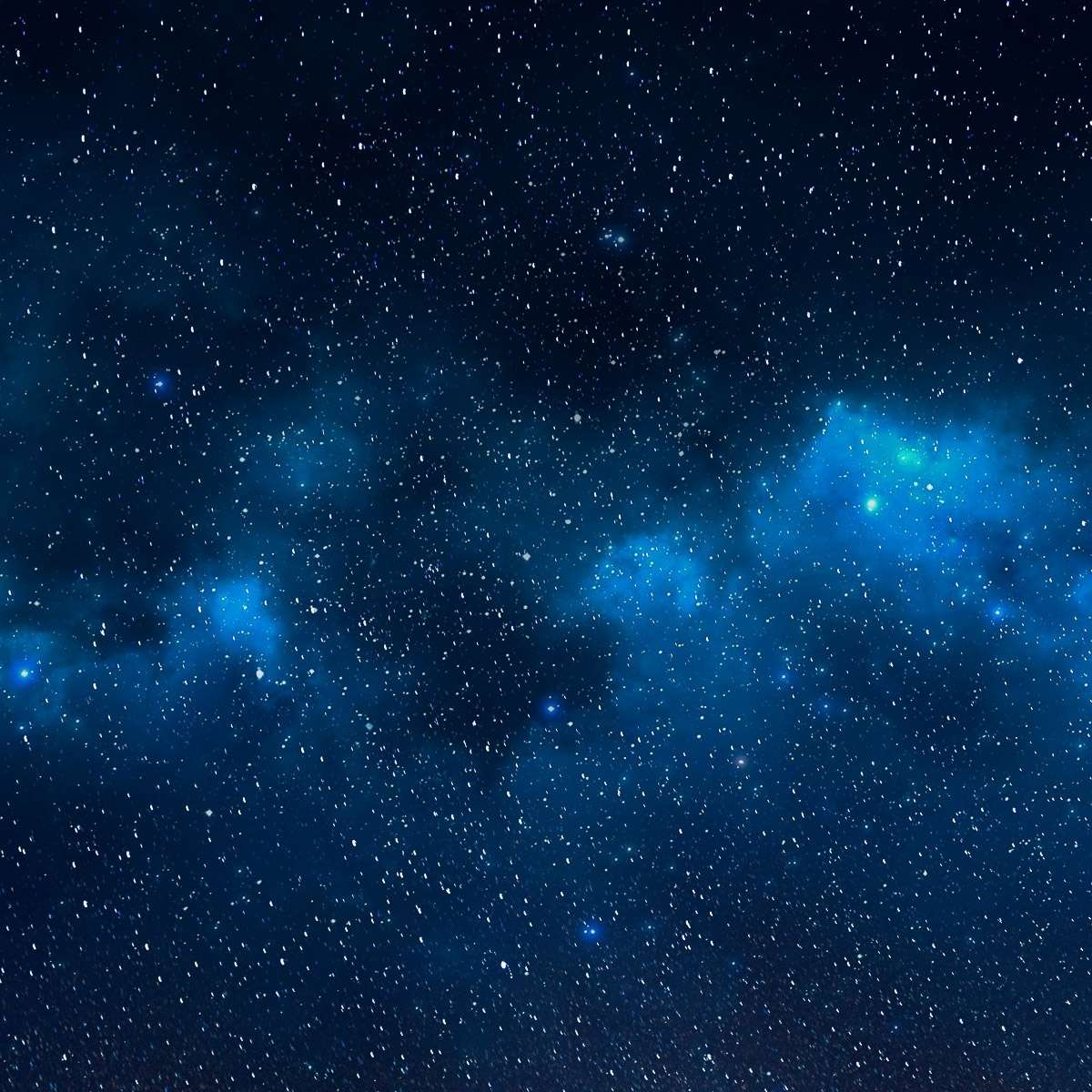 Poems About Stars and Love

The common phrase “written in the stars,” typically describes a fateful situation. For centuries, people have read into the oscillating positions of the twinkling objects, using them as methods for personality assessment and relationship matchmaking. Even if you don’t study astronomy or understand the zodiacs, there’s something about those twinkling lights across the dark sky that make us think about love.

10. Twin Stars In astrological studies, it is believed that one’s personality and life can be roughly defined by the positions of celestial bodies at the time of one’s birth. Likewise, compatibility in relationships is often predicted through astrology, and this author writes about the deeply complex, otherworldly relationship people share unconsciously through nature.

11. The Light of Stars In this stunning piece, the author personifies the movements and positions of the planets and celestial objects, creating a fictional story of their legitimate relationships with each other.

12. I’m So in Love With the Night An ode to the infinite mystery that the vast sky holds within it.

That they have held the moon

In the palm of their hand,

Brushed against the planets

While it moved across the sky?

I hold the universe when I hold you.” —Atticus

Where the falling stars live.

I will wait for you 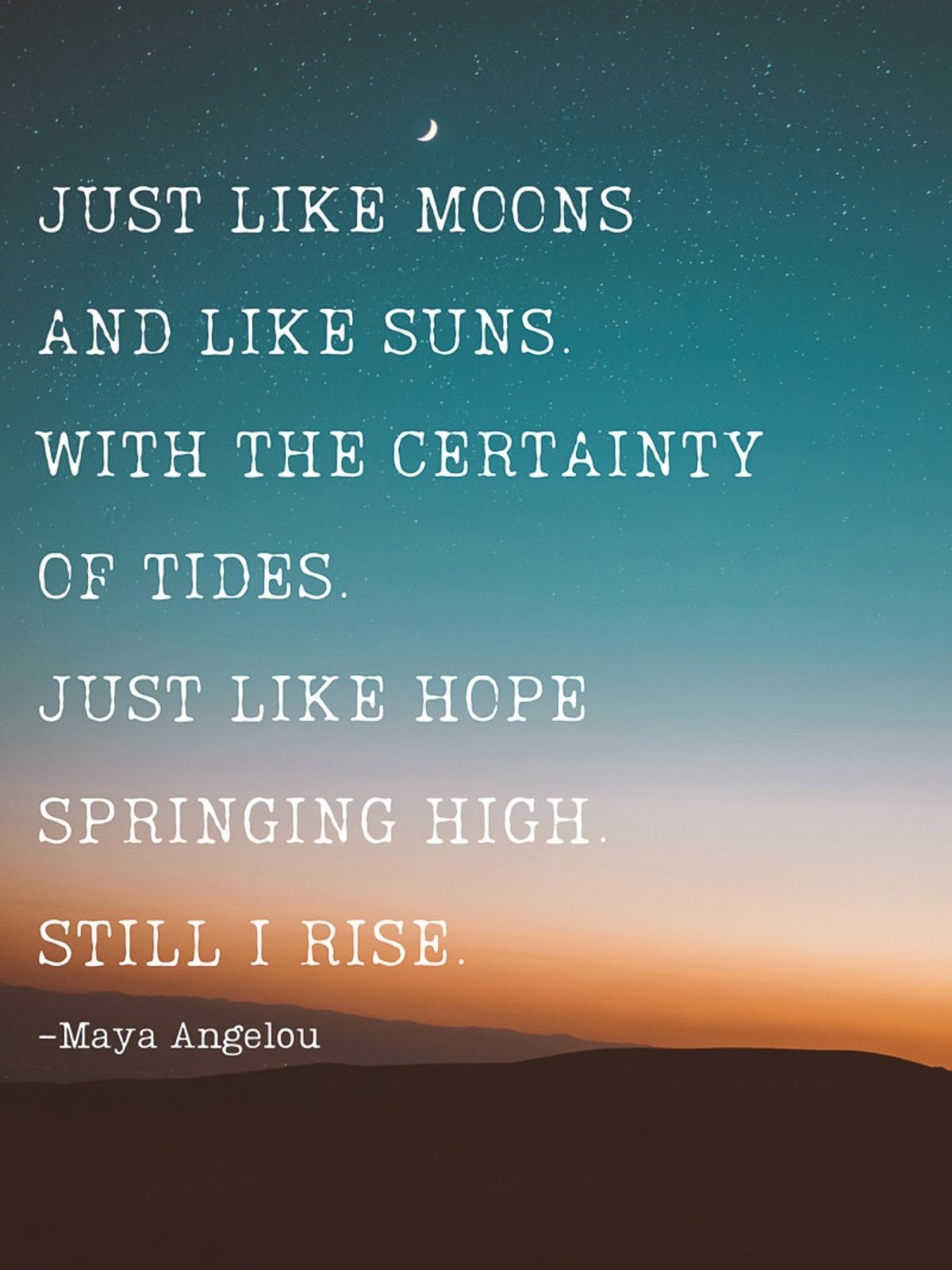 Scientifically, there is a relationship between the sun and moon. However, humans have created their own ideas about this relationship, often casting the two celestial beings as polar opposites, and at other times, star-crossed lovers (pun intended). In these pieces, we see how humans observe the natural world to make sense of our own emotions and relationships.

15. What is Love? A sun and moon poem that uses elements of nature as a medium to define love.

16. Sun and the Moon This author imagines the relationship between these two ethereal objects as “a love greater than us all.”

17. He Was the Day It is important to note that what the sun typically represents is day, while the lunar orb represents night. Here, the speaker uses this idea to portray a relationship wherein regretfully, like the day and the night, two lovers can never exist at the same time.

18. Sun and Moon A touching piece that describes the subject as a mosaic of ethereal elements.

19. The Moon and I Another poignant depiction of lovers who exist in their own right, but are nothing without one another.

20. Time Since humanity began, we have looked to the skies to keep track of the passing of time. Here, Rupi Kaur reminds us that, like the sun that rises every day, time will not stop for anyone.

As seen in this list, poetry is often written about nature, especially aspects of nature that we don’t fully understand. Writing poetry is a way of exploring these wondrous and complex topics, as we weave their existence into our own human experience on Earth.