Inside : Beautiful and Impactful Wolf Poems to Read.

Wolves are figures of strength, courage, and perseverance. At the same time, this majestic creature can represent loneliness, struggle, and desperation. The versatility of this beautiful animal and what it can represent is why it is used so regularly in works of art.

When it comes to poetry, we often see these poems depicting a lone wolf separated from its pack, one bonding with a lost stranger, hunting its prey, or a human overpowering it. With wolves, we reflect upon our experiences, as well as our connection to nature and our place in the universe.

Here is our list of over 27 impactful and meaningful wolf poems.

The figure of a lone wolf, wandering on its own, is a strong and thought-provoking figure in a huge catalogue of poetry. The image of a wolf separated from its pack has long been used as a symbol for human loneliness. Here are a few wolf poems with a solitary character.

Classic Poems About A Wolf and a Person

Wolves are often used to symbolize a struggle or battle of some sort. And, sometimes, this leads to a mutual understanding or companionship. These poems follow a person that finds themselves face to face with one of these animals, literal or figurative. 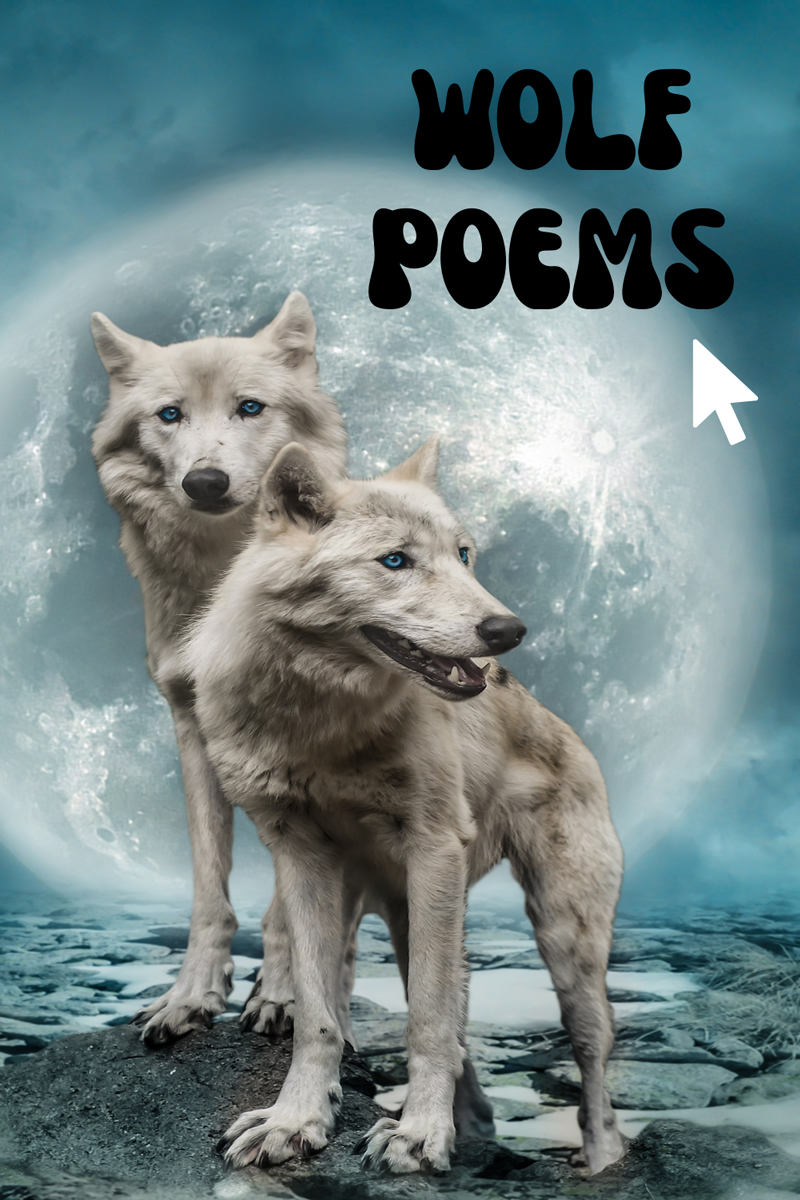 Wolf Poems About the Human Experience

These poems are from the perspective of speakers that liken their emotions or experiences to wild wolves. Anger, love, and loneliness are all common emotions that are compared to a primitive, animalistic nature.These poems compare human experiences to those of wolves.

Poems about wolves explore many things: fear of being hunted, longing for freedom, the sadness of isolation, and so much more. For years, human beings have used wolves as a subject for art because of their beauty and symbolism. Here are a few more poems about wolves.

Wolves are synonymous with nature, particularly with ice, snow, and moonlight. They are the perfect subject matter for haikus. Check out a few beautiful haikus about wolves.

There are countless pieces of literature about the wolf. Here are some additional quotes about this majestic lupine creature.