Inside : 13 of the most terrifying monster poems and horror poems to truly spook you!

Horror stories in poetry are a time-honored tradition, whether they be fantasies or passed-town folktales. The horror genre continues to thrive, as readers continue to remain captivated by stories and poems that are engrossing and thrilling, albeit terrifying. Tales of fantasy creatures like vampires, zombies, and ghosts have shown up in movies, theater, literature, and poetry for centuries.

The following is a list of the best spooky monster poems and horror poems that are guaranteed to send a shiver down your spine! 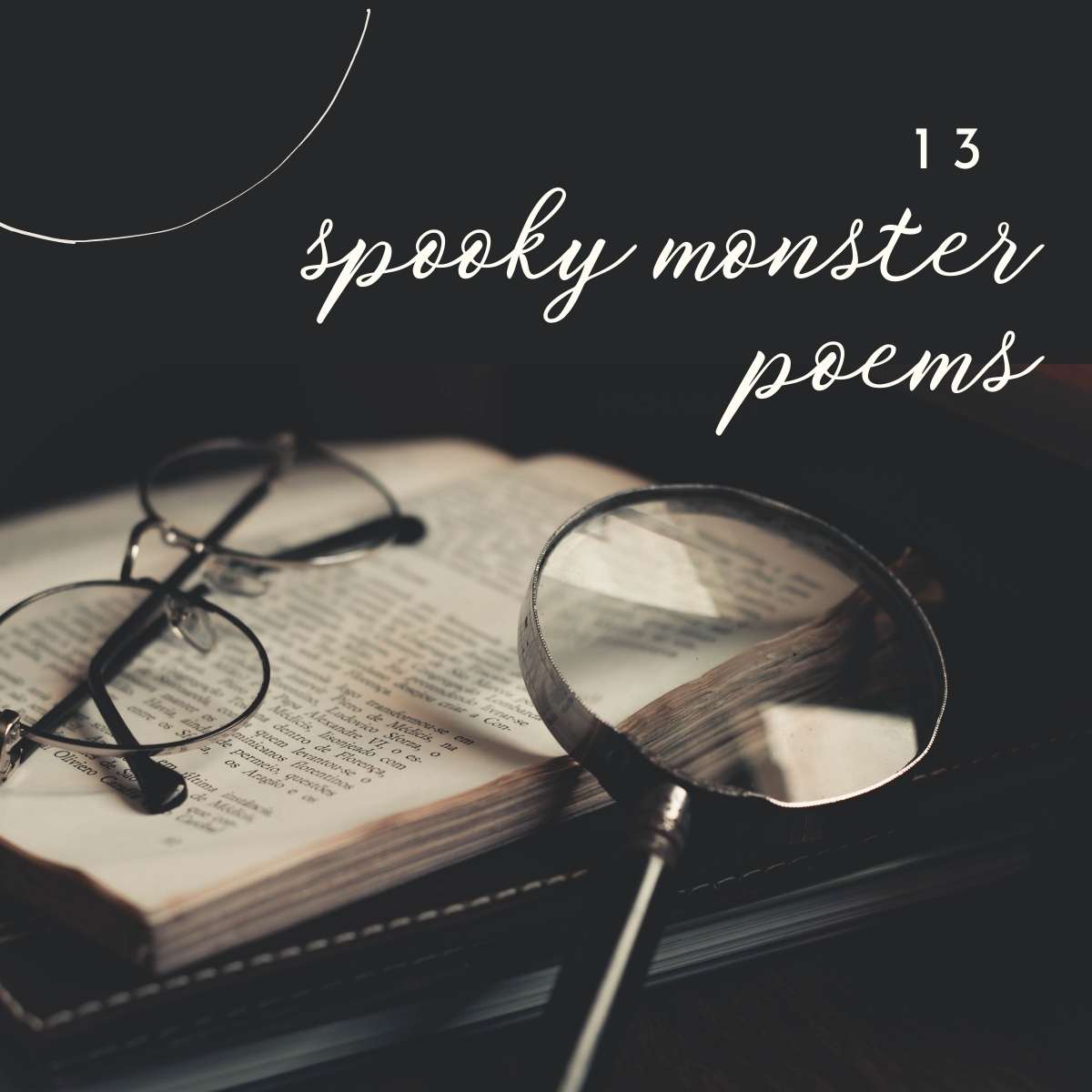 Tales of nonhuman creatures have been circulated for generations. In monster poetry, there are often themes of misunderstanding and judgement, wherein authors use these fantastical creatures to symbolize outsiders in society. However, sometimes monster poetry is written for the sole purpose of terrifying the audience.

1. The Raven by Edgar Allen Poe. Edgar Allen Poe is thought to be the father of the horror genre, and you can’t hear his name without thinking of his renowned work, “The Raven.” This monster poem tells a spooky tale that incorporates themes of supernatural beings and mystery, leaving audiences with a distinct sense of unease.

2. The Vampire by Conrad Aiken. Vampire tales are amongst the most popular in the monster genre. There is something uncanny about an evil creature that so closely resembles a human that heightens our sense of fear. In this monster poem, Aiken portrays the vampire as outwardly beautiful and enticing, which makes her true spirit so much more shocking.

3. Ghost by Cynthia Huntingon. In this piece, the speaker implies that she is a ghost, lurking close by the subject without them ever knowing. The idea of being watched so closely by another person without knowing is certainly spooky, and, like many works of this genre, the author ends the piece on a spine-chilling cliffhanger.

her lips are scarlet

from drinking of blood,

this child, this harlot

born of the night

and her heart, of darkness,

to dance so reckless,

Perhaps the creepiest aspect of this monster poem is the word “child.” It is easy for adults to fear other adults, and to expect fully grown adults to possess unsavory ideas of evil, but when children, who are often associated with innocence, are portrayed as evil, it is all the more terrifying.

5. Something’s There by Barbara Vance. This poem seems innocent enough from its sing-song rhymes, but its chilling cliffhanger final line proves otherwise.

You are here for me

to eat. Fatten up,

Your brother will be first,

you must wait your turn.

Feed him yourself, you will

learn to do it. You will take him

late in the morning, and always sweets

in a sticky parade from the kitchen.

His vigilance, an ice pick of   hunger

pricking his insides, will melt

in the unctuous cream fillings.

He will forget. He will thank you

for it. His little finger stuck every day

through cracks in the bars

will grow sleek and round,

about fear in the woods without food.

He will lean toward the maw

of   the oven as it opens 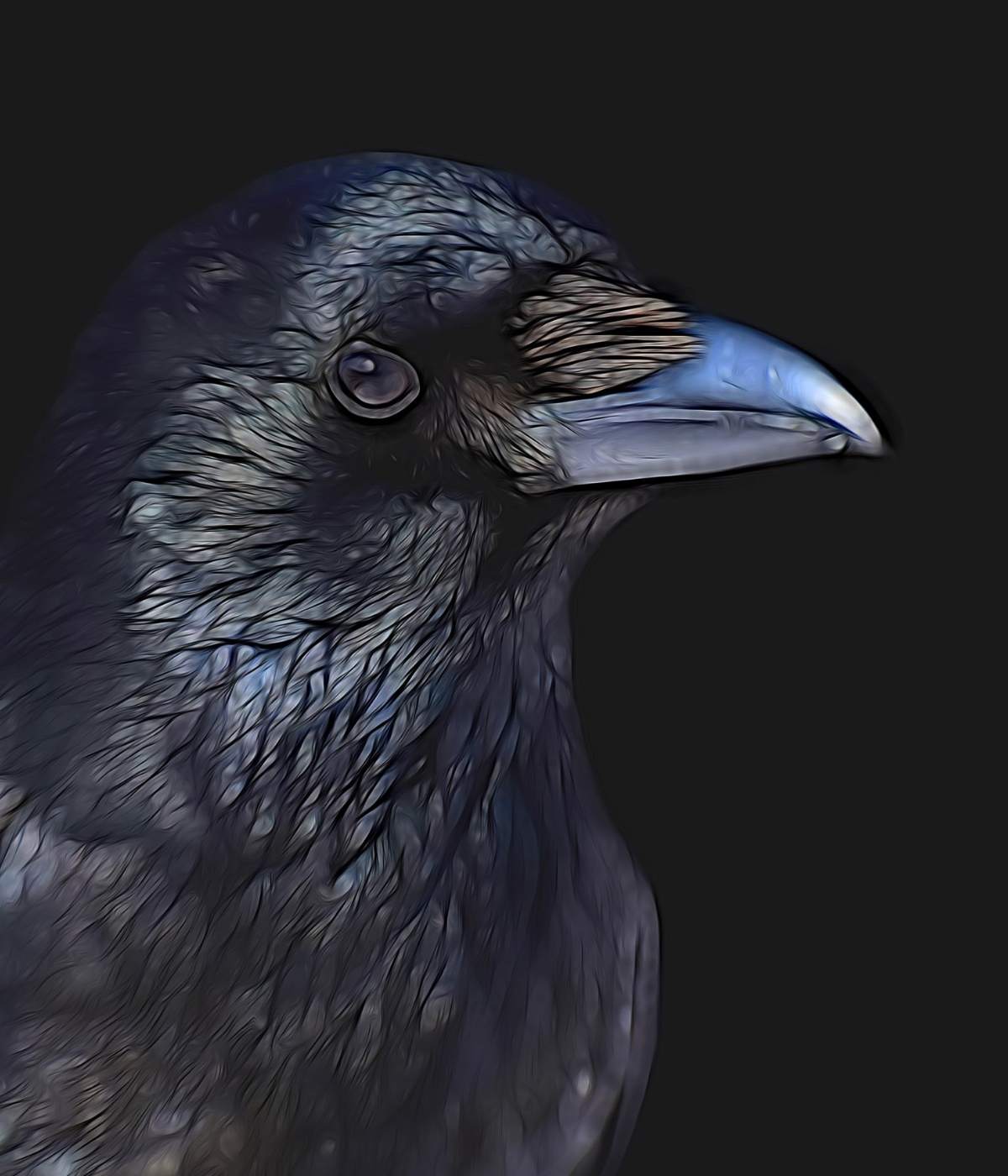 Round about the cauldron go;

In the poison’d entrails throw.

Toad, that under cold stone

Days and nights hast thirty one

Boil thou first i’ the charmed pot.

Fillet of a fenny snake,

In the cauldron boil and bake;

Eye of newt, and toe of frog,

Wool of bat, and tongue of dog,

For a charm of powerful trouble,

Her towers of fear in wreck,

Her limbecks dried of poisons

And the knife at her neck,

The Queen of air and darkness

Begins to shrill and cry,

To-morrow you shall die.”

O Queen of air and darkness,

I think ’tis truth you say,

And I shall die tomorrow;

But you will die to-day.”—A. E. Houseman 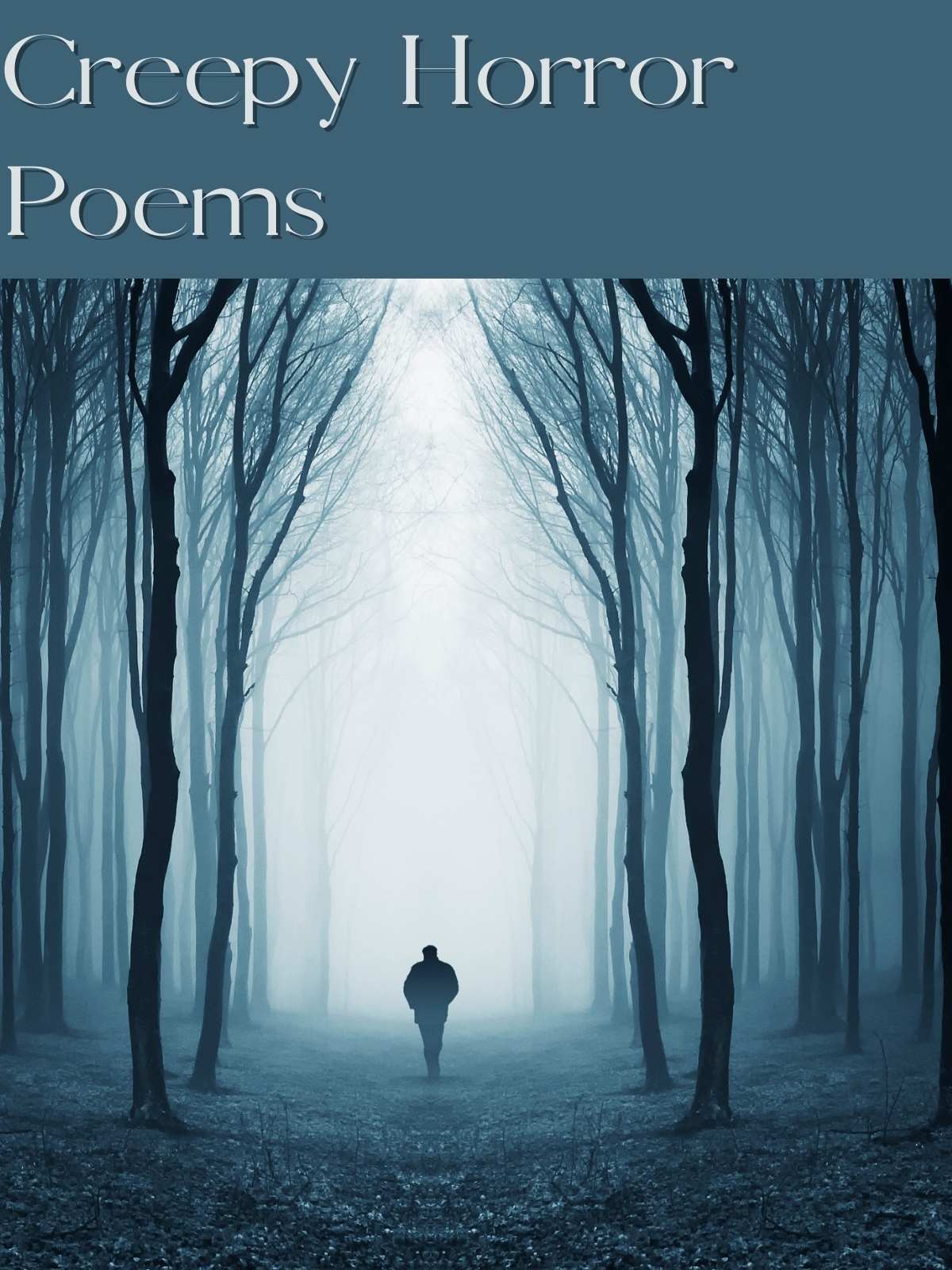 While many people are too lighthearted to enjoy creepy stories or monster poems, there are some serious horror junkies who can’t get enough of the thrill that comes from being terrified. Sometimes the creepiest works of art are not about explicitly scary things like monsters, but about themes that make us as humans feel uncomfortable, like death. Themes of uncertainty and unfamiliarity are what fuel the uneasy feelings that these horror poems give off.

And Mourners to and fro

That Sense was breaking through –

And when they all were seated,

My mind was going numb –

And then I heard them lift a Box

And creak across my Soul

With those same Boots of Lead, again,

Then Space – began to toll,

As all the Heavens were a Bell,

And Being, but an Ear,

And I, and Silence, some strange Race,

And then a Plank in Reason, broke,

And I dropped down, and down –

And hit a World, at every plunge,

And Finished knowing – then –” —Emily Dickinson

Of earnest grasping, would, if it were cold

And in the icy silence of the tomb,

So haunt thy days and chill thy dreaming nights

That thou would wish thine own heart dry of blood

So in my veins red life might stream again,

And thou be conscience-calm’d—see here it is—

I hold it towards you.” —John Keats

Tell us what you lack …

the ability to love,

your flesh so slack?

Will we frighten you,

when we also haunt

Here, the author plays with the creeping reminder that, though skeletons are used as propaganda for the horror genre, they represent the fate that we will all one day share.

12. Scary Movies by Kim Addonizio. Perhaps the spookiest thing about this piece is how it brings up feelings that we, as humans, try to avoid thinking or speaking about. This work includes gory details that make readers uncomfortable, but the speaker is actually expressing her contemplations about death and how it looms over us constantly. She compares overtly scary movies to what is genuinely terrifying: reality.

13. “He comes to me out of the shadows, acknowledging

my presence with a tip of his hat, always the gentleman,

He cocks his head as though something he heard intrigues him

(though I hear nothing) and he smiles, amusing himself at my expense;

his words are full of desire and loathing, and though I hear,

he says nothing that I understand.

The moon shines—maniacal, queer—as he takes my hand and whispers

where the sea sends things that wriggle and crawl

scurrying under rocks and boards.

into my eyes. He sighs, and the sound crawls slithering down my spine,

and my blood seems to pause at his touch as he caresses my face.

He unfastens my dress till the white lace shows, and my neck is bared.

His teeth are long, yellow and hard. His face is bearded and haggard.

A wolf howls in the distance. There are no wolves in New York. I gasp.

My blood is a trickle his wet tongue embraces. My heart races madly.

Creative writing, whether it be scary, insightful, or calming, has always attracted readers as it makes them reflect upon themselves and learn new things about humanity. Reading poetry is what connects us as humans, which is why most people don’t confine themselves to only one genre. Even if monsters poetry is your favorite genre, you’ll still love these works!